Get to know something about Incense Cones

The aroma of the incense cones filled the air and my brain. I was in my adolescence once more. Most mornings I used to awaken with the delicate smell of incense. My mom subsequent to washing up and hung in a cotton sari would sit for her puja before her little sanctuary. By little sanctuary, I mean the little bureau in the closet of my room. In that cupboard sat her smaller than normal symbols of divine beings and goddesses, before whom she put little bronze plates containing the minuscule sugar shapes, mishri, as far as we might be concerned. At that point with the devout look of an ardent all over, she used to move the incense cones around and around before the symbols and end the meeting with the blowing of the conch shell. Regularly after her supplications, I used to smell her sari for the sweet smell she conveyed all through the house. Today while strolling in the city of the recorded city, Asakusa, my nose was tickled by a similar smell. The city harped on the west bank of Sumida waterway and had numerous old houses and hand-pulled cart, relics of the past. A portion of the iron screens of the shops had vivid artworks of well known legends on them, which was strange to me. 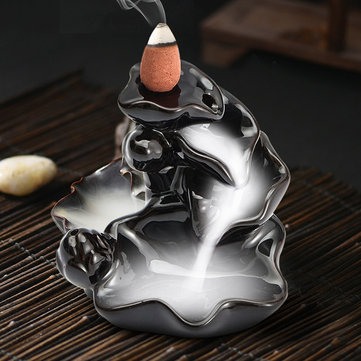 We arrived at the primary door of Sensoji sanctuary, which is the most established buddhist hallowed place of Tokyo tracing all the way back to the year 645. As indicated by the legend, two siblings while fishing in the sumida stream, discovered a sculpture of Kannon, the goddess of benevolence and despite the fact that they set the sculpture back into the waterway, it continued getting back to them over and over. Therefore, Sensoji was constructed close by for the goddess of Kannon by the clan leader of the town. It is said that the sculpture was brilliant to the point that it was covered somewhere inside the sanctuary thereafter and nobody has seen it from that point forward.

In the wake of entering through the Kaminarimon or the thunder door (enormous primary entryway), I arrived at a shopping road, Nakamise, which drove me to the second entryway of the sanctuary, the Hozomon incense cones. A portion of the shops are many years old and had been built during the Edo time frame. Here you can discover commonplace Japanese keepsakes like the collapsing fans. The sanctuary dividers had delightful artistic creations portraying the antiquated folktales with pictures of religious zealots and kimono clad ladies. Subsequent to strolling somewhat more I tracked down the extraordinary burner where many aroused incense cones were planted.